211 miles from New York City is beautiful Vermont. Also what I like to refer to as our second home.

When you think of Vermont, you most likely think snow. Before its ski season in Vermont, there’s other activities you can enjoy as well. One of them, horseback riding.

As a child I took lessons but by the time I reached 14yrs old, I had to decide between classical ballet or horses. My heart was and always be at the ballet bar. But it’s always nice to exercise some of your past loves. 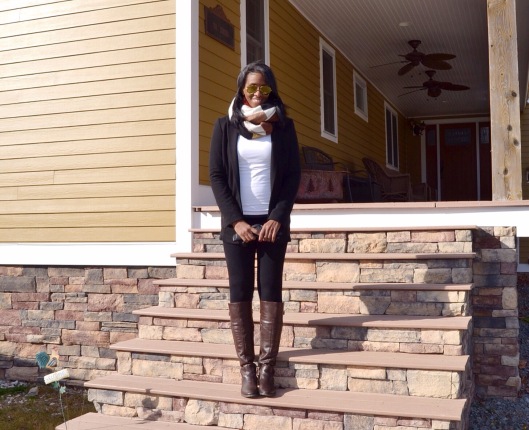 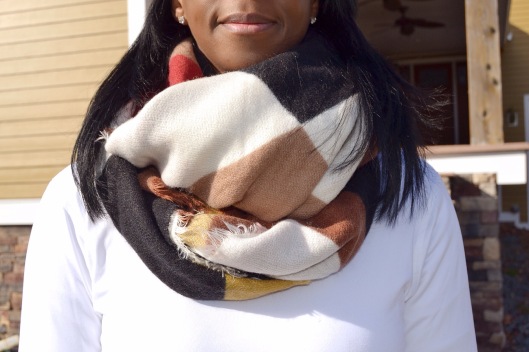 The day was partly cloudy, partly sunny but an overall great day. 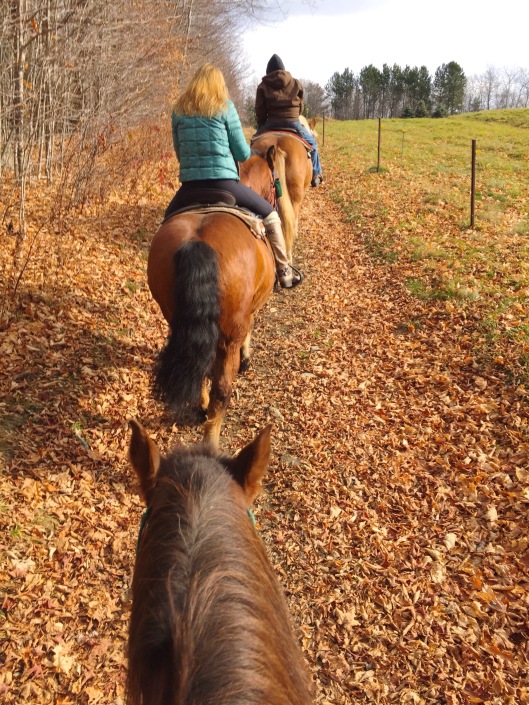 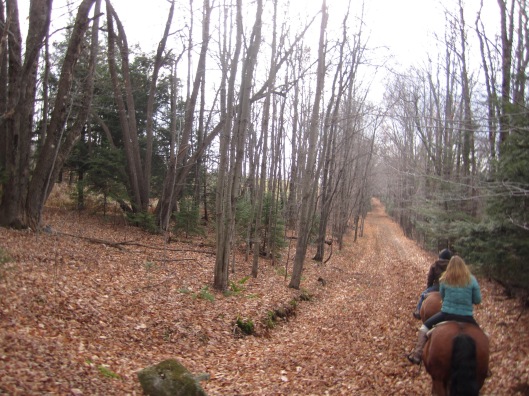 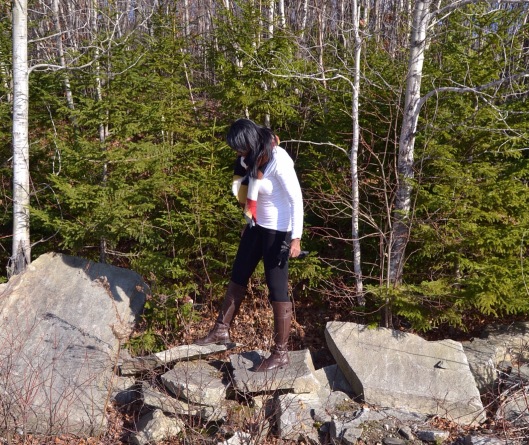 A few weekends ago, we got up early to go and do some shopping. Naturally we needed to fuel up first. For me that means bacon and egg on a plain bagel, butter, salt and pepper. (Yes, I’m a full fat kind of girl). However we went against the grain and went to a coffee shop. Chai Latte, chocolate croissant, bowl of mixed berries and off we went.

As you may have read/heard, mother nature is upset with New York City. She’s been really hammering us this winter. I try not to let that stop me from looking somewhat stylish when I walk out the door.

How do I manage that without looking like The Michelin Man? Base layer tops. I live by Nike Pro Hyperwarm. I have so many of them it’s ridiculous. I mean, why should I limit myself to wearing them only when we’re up at our ski house. Granted, they’re a must have when snowboarding, but they can be used in everyday life as well. Give them a try.

This scarf, Club Monaco’s collection from 4yrs ago yet it’s still a winter staple for me. 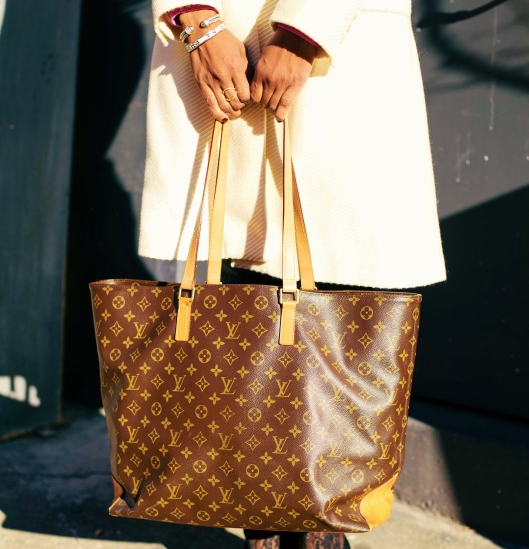 I had to have the straps on this tote replaced almost 2yrs ago. They still aren’t as dark as the other leather pieces but they’re getting there. I love this bag so much. Reason being is, you hardly ever see another girl with it. Everyone is walking around with the same darn Neverfull tote. (At least here in NYC). I often wonder if some of the girls that purchased the piece when it first came out feel the same way.

A few weeks ago, I was extremely excited to take my first Curling lesson. The excitement almost overshadowed my wardrobe preparation.

Picking out pieces to wear, to watch a boyfriend play hockey at an indoor ice rink….easy. Throw on several heavy layers, your Ugg boots and you’re out the door.

However for this lesson, I had to keep several things in mind. The first 30min was going to be a short video tutorial in the heated lounge area, followed by a Q&A on the history, strategies and terminology of the sport. Then we move on to the ice which is kept between 36 – 40 degrees. Wearing comfortable layers that can be easily shed are ideal.

Great! Now I have to be able to stand on ice & peel off clothing? This is pure mashugana! Though I’m obsessed with Figure Skating, I’ve never been on a pair of ice skates. And from what I understand, it’s easier to stand on ice in skates than it is in sneakers. Well lucky me.

Ok, so now we get to the point of this posting. I’m a big fan of the fleece vest but if I have to see myself in the same pink VV vest again, I’ll toss my chips. (not a cookie kind of girl). I’ve worn the same vest for 3yrs and I’m over it. I need another color but which one? My only other options in ladies is, sky blue or navy… no thanks. Mint green? Sure. But it’s mens, aaaaannnd?

I purchased the vest in an x-small and out came the sewing machine. 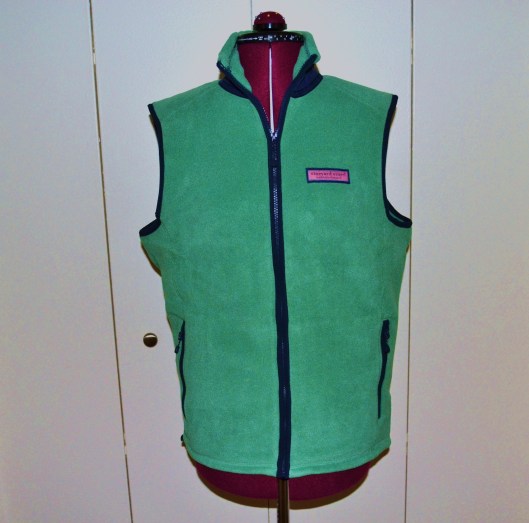 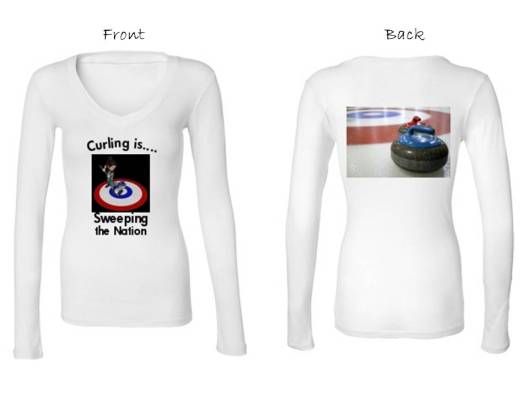 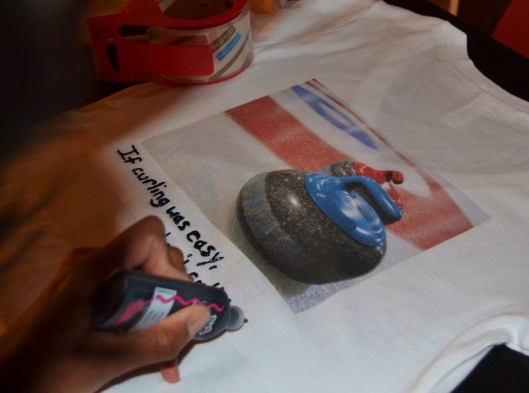 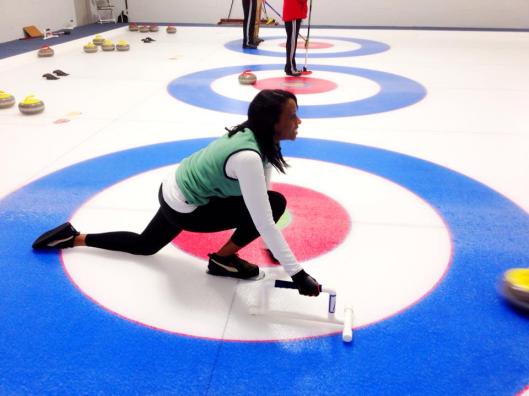 Halloween 2019. Only Marvel fans knew that I was Misty Knight. Including myself. Had to research who she was beforehand. #mistyknight #marvel #marvelcomics #halloweencostume #halloweencostumes #halloween2019 #koshercoco #stylegonerogue #latex #fredericksofhollywood
Ready for the 2019/2020 season. Fitted and new carrying gear, I’m ready for ❄️☃️. #skiseasonready #rossignol #vermont #westdovervt #koshercoco #stylegonerogue #llbean #llbeanboots #citygirlgonecountry
Good morning VT. Leaf peeping right off the deck. #westdovervt #vermont #leafpeeping #fallfoliage #4dayweekend #koshercoco
When it arrives in just two days, you open layer after layer of cardboard boxes and bubble wrap to unveil this beauty. It really made me think, who the hell am I? #girlswithhatchets #huckberrynyc #adleraxe #hatchets #koshercoco #nyc #stylegonerogue
Saturday night was a good night. Morrissey (my everything) and Interpol in concert w/bff... could t ask for anything more. Amazing! #morrissey #morrisseytour2019 #morrisseyislife #foresthillsstadium #concertswithyourbestfriend #koshercoco #stylegonerogue
One month of consecutively coming to the gym, twice a week. Not a big deal for most but a miracle for my lazy ass these days. Next goal, step it up to three days a week n incorporate weights. Side-bar: H&M makes really nice workout clothing. So comfy n really soft. Who knew?! #newgoals #settinggoals #lazynomore #gettingfit #hm #funactivewear #koshercoco #stylegonerogue